Our Favorite Robotic CAD Models from the GrabCAD Community

In honor of our Robotics Group in GrabCAD Groups reaching almost 1,200 members, we wanted to highlight some of our favorite robotic models. And, who knows, maybe one of these models will inspire you to submit a robotic animation to our NASA Challenge that’s going on now until August 24th.

This portable cartoon robot was designed by GrabCAD Member Rail and doubles as a bluetooth speaker. 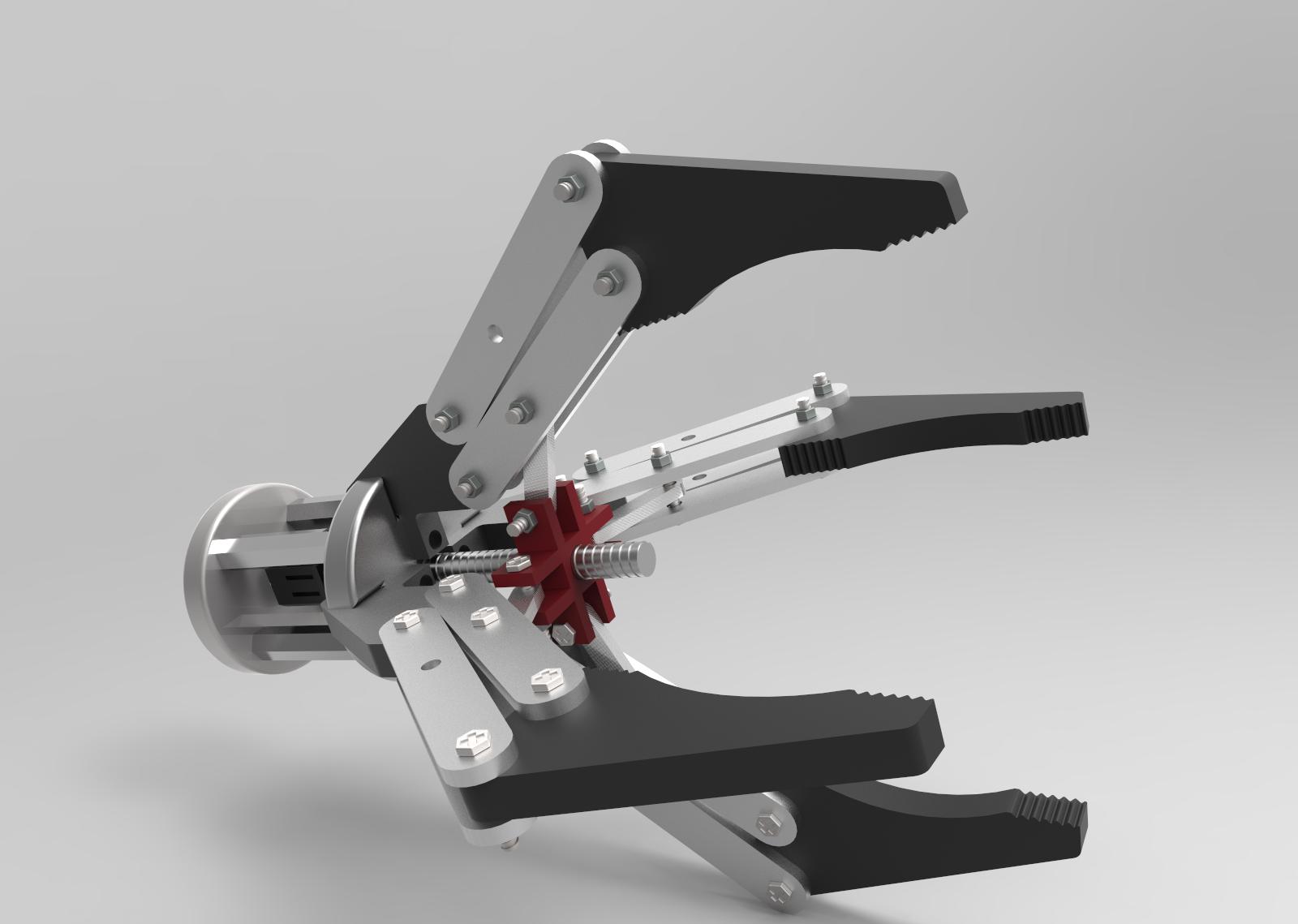 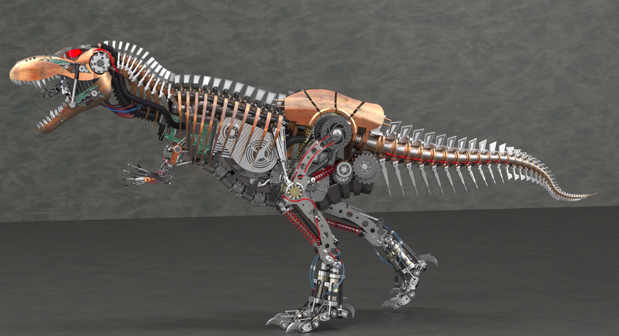 GrabCAD member Dape is known for intricate and incredibly detailed robotic models. After many, many hours of work, this breathtaking mechanical beast was finally completed. 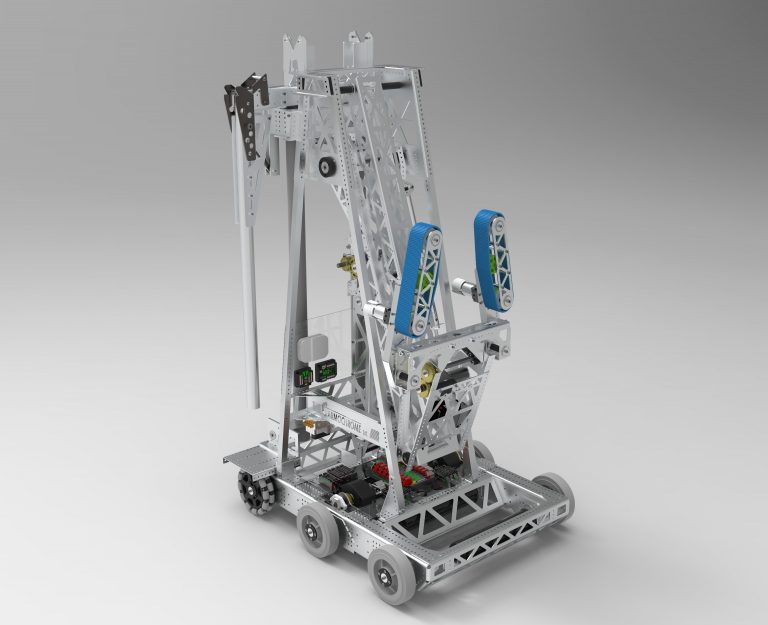 This robotic lift was designed and built by 10th-12th graders from Misgav Community High School in northern Israel for the FIRST Robotics Competition. This model won them the Israel District Championship! 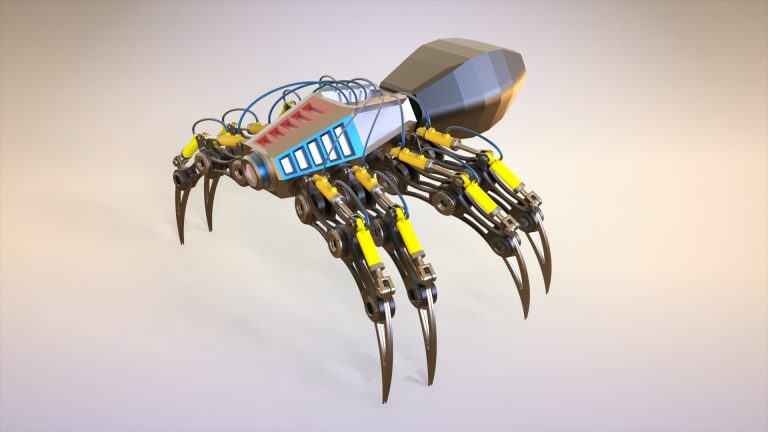 If you heard the words "robotic spider" I'm sure this is exactly what you would picture. Designer DEN SHP first sketched up a model of this mechanical spider robot on paper and then created a 3D model of this eerie looking thing. 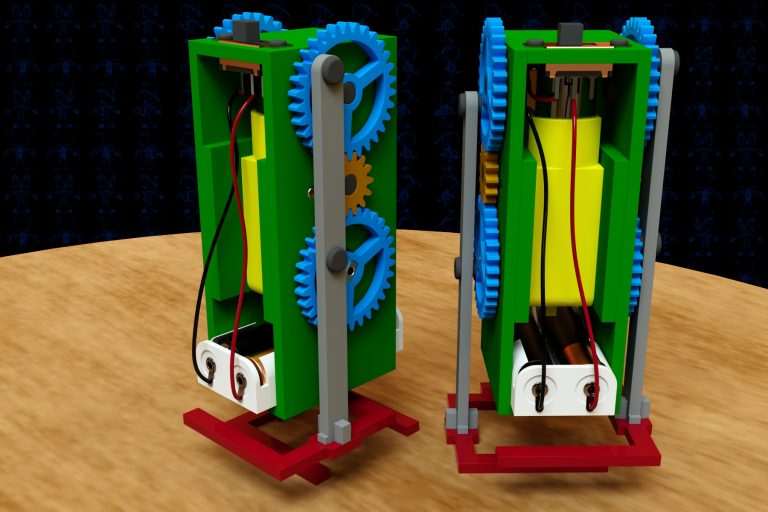 With the help of some inspirational YouTube videos, GrabCAD member trinityscsp created this walking robot using a small DC motor as the body. Trinityscsp has over 10 models of walking machines. 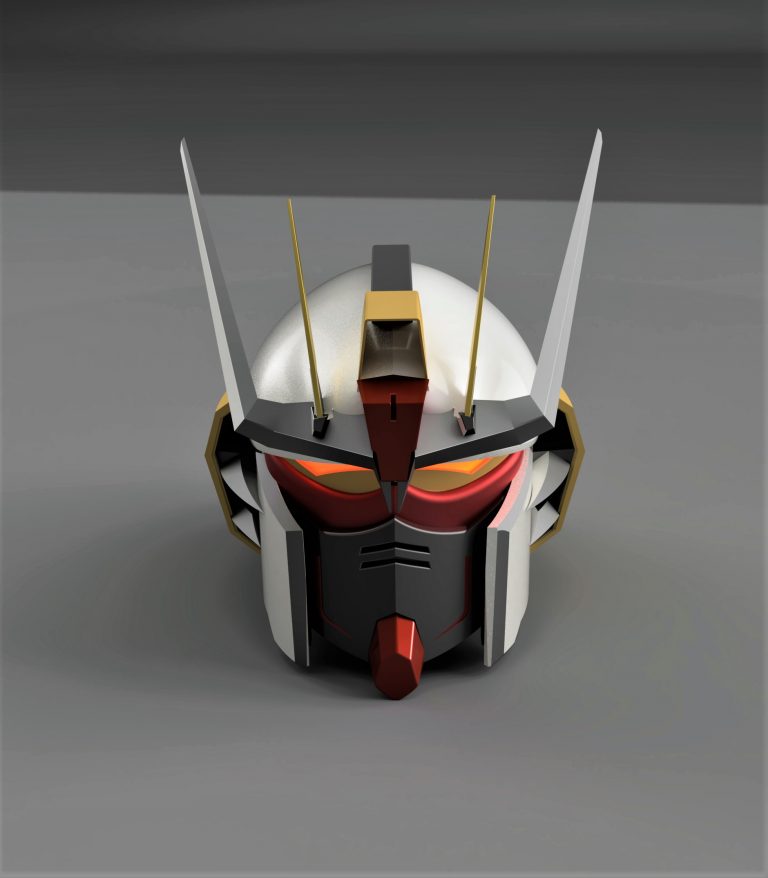 A robot head based on the fictional world of Gundam. Designer Aamer Siddiqui created this head to replicate one of the many giant robots of Gundam. 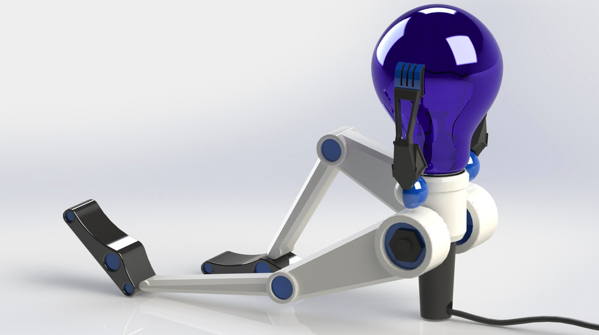 An on-the-go robotic lightbulb that would come in handy anytime you needed a little light. It's unclear whether designer Enes Hodzic wanted this model to mimic the look of a human, but either way, it looks great! 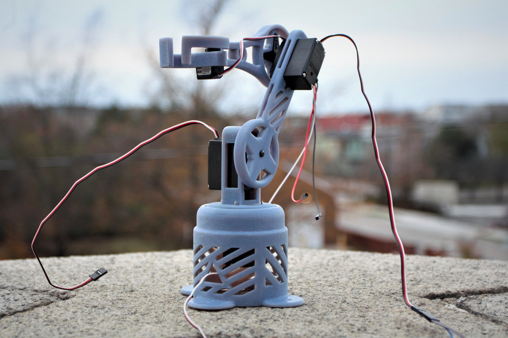 This robotic arm was created in SOLIDWORKS, printed on a Stratasys printer, and is capable of picking up an object of known weight/volume. Designer Peter Riley says it’s a simple design but was fun to create. And practical too! 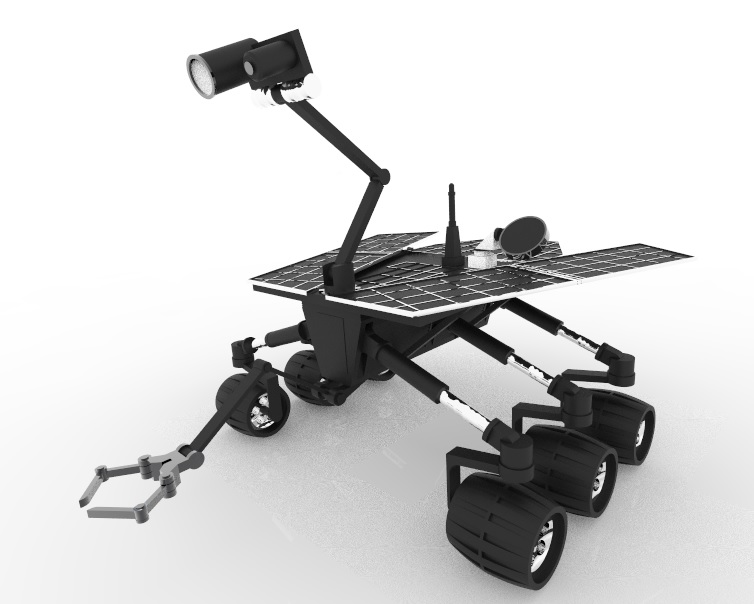 A Mars Rover replica that contains solar panels, a robotic arm, and 6 wheels each with their own set of lights.